Widget SDK Channel does not work

I’m new to Kore.ai and have a problem with my Bot after publishing via the Widget/SDK-Channel. I added some Panels and Widgets to my bot, and in the Bot Builder in the Digital View/Test-section all the widgets work fine. After I published the bot, there are no widgets available, only the rest of the bot, when I access the Bot via Weblink. When I had a look at the Digital View, the status of all panels and widgets is “in Development” and not “published” as for the Dialog Tasks after publishing the bot.

The Client-App is the same for webchannel and widget channel (the Bot has only one App).

And the very crazy thing: I worked a few weeks ago on another Bot for the Kore.ai Advanced Training, added to this Bot Panels and Widgets too, and few weeks ago it worked fine, but know I had a look on it, there aren’t any widgets any more when accessing via Link, and there ist the same as in my current bot, the status of the panels/widgets is “in Development” instead of “published”.

Does anyone know how to resolve the problem? Thanks in advance.

Check out the below post and ensure the setup for widget SDK has been implemented correctly.

Getting started with widget sdk (v7.2 onwards) APIs and SDKs

Hello Developers, Lately Kore’s web-sdk underwent major changes post the 7.2 release. It is due to the introduction of “Digital Views” (Widgets and Panels). [image] This article is for the users who are finding it difficult to get started with this SDK. This is an end to end example of how to set up Widget-SDK (master branch in web-sdk). Disclaimer: Our web-SDK has branches w.r.t all major previous versions. The previous functionality (web-sdk without widgets) still works fine with 7.1.0 b…

Hello and thanks for your advice.

The SDK is configured correctly. I can invoke the Bot on localhost with the address http://localhost:3000/UI/Index_widgets_chat.html and then the Widgets are shown and working fine, as you can see here: 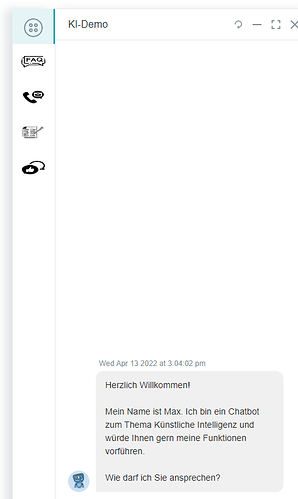 But when I invoke the published Bot via the given weblink, only the chatbot without the widgets are available as you can see here. The widget channel is published too and the Client-App for the webchannel is the same as for the widget/sdk-channel. 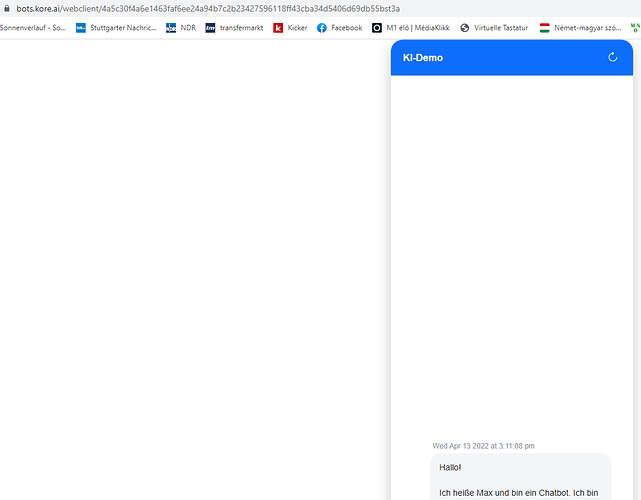 I really do’t know why this happened. Before Version 9.2 I had no trouble with that.