I’m creating a Spanish bot, and I already defined 200 utterance for a task, I already trained the chatbot but is not recognizing the utterance.

When I test them in the utterance testing, the NLP Analysis says that it MLD recognize the task but the Ranking and Resolver says Not Match Found and thats for all the intentions.

Note: Is an Spanish Chatbot 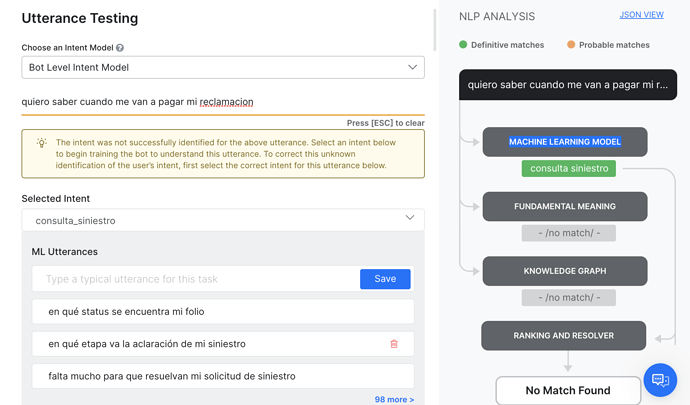 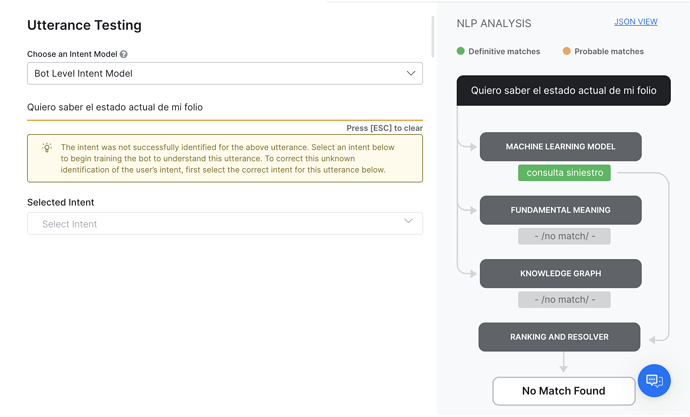 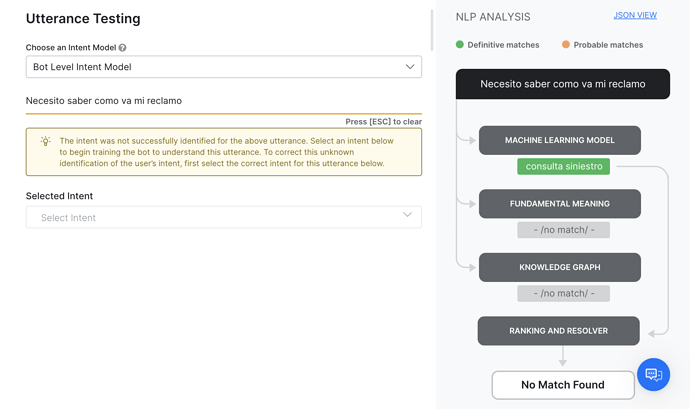 The most common reason for this is because the basis for the ML match is based on a verb only, and that is not considered sufficient. I can’t tell for sure from these screen shots.

Typically you will need to add more training to cover the utterance variations.

Hello @andy.heydon, Thanks so much for your response.

We are seeing this issue since we start working with Kore that utterances in Spanish are not being recognize and instead we have to work with patterns and traits, but as the documentation says defined all the utterance as you can and only use patterns for tune the intelligence.

We have been testing and it recognize the utterance doing one of this two solutions: 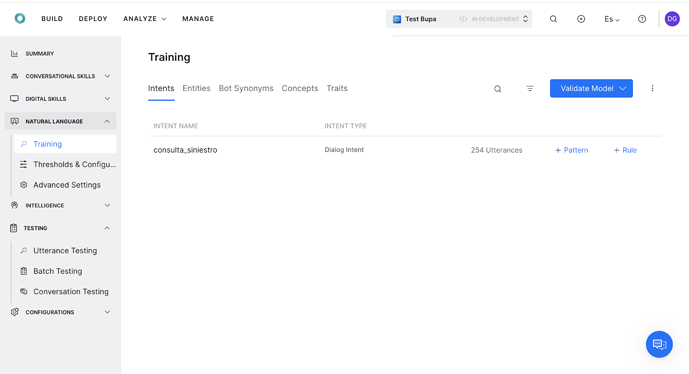 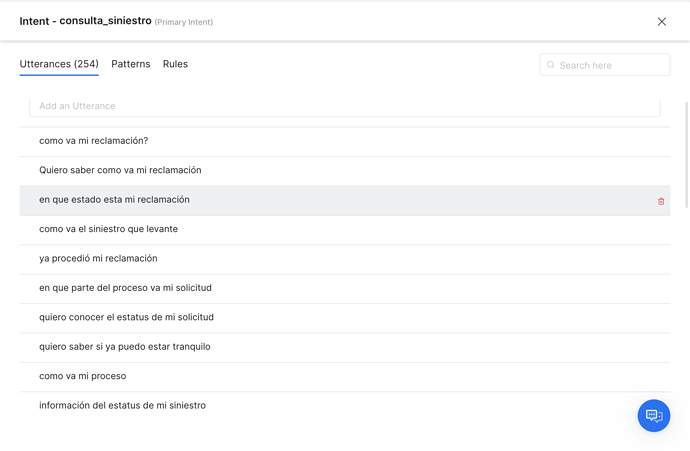 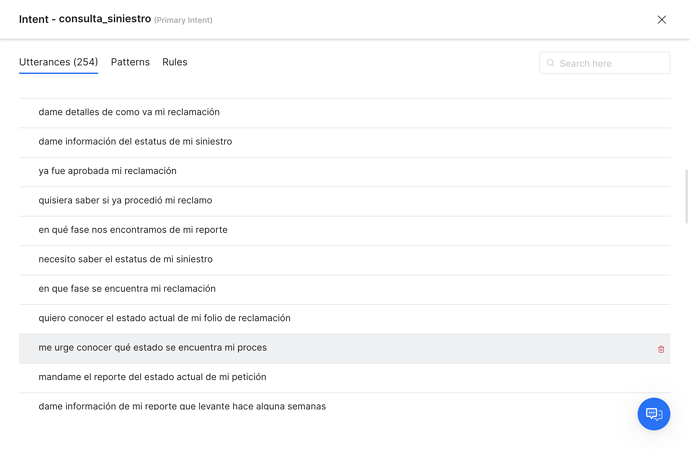 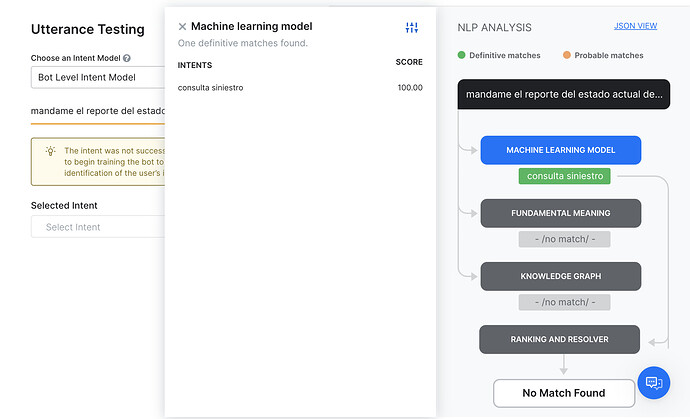 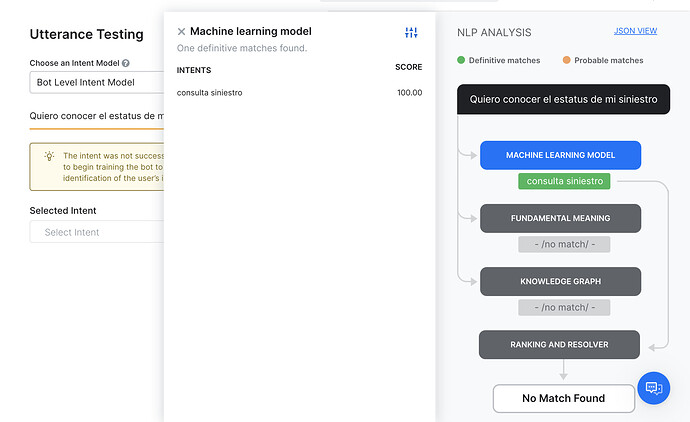 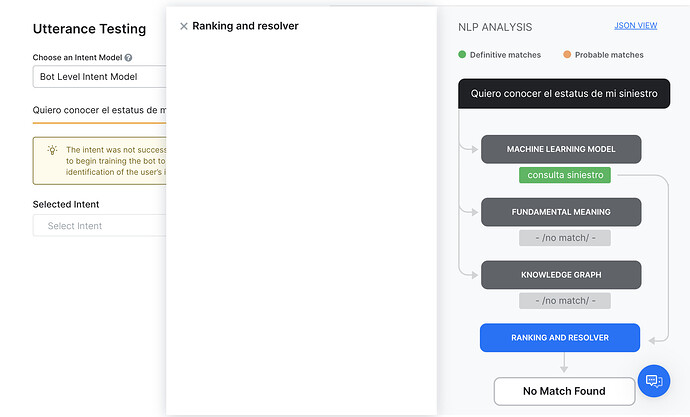 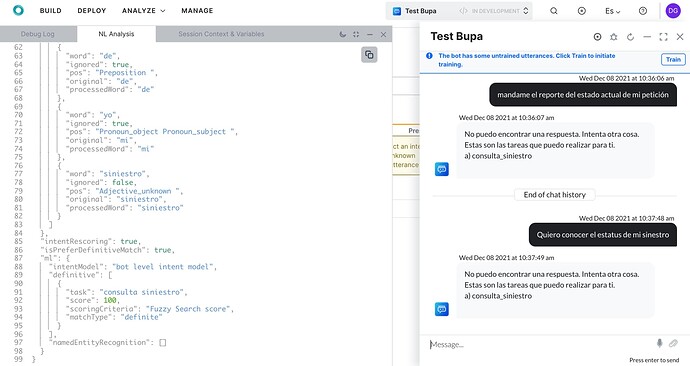 Update for the last question has been shared in post.

Hello @daniel , Apologies for the delay in our update. If the intent is not picked by “Ranking and resolver” it is usually due to negative patterns or traits in play. We do not see traits info in the screenshots, so there may be a negative pattern that is eliminating the intent to be picked. You can find for sure by clicking on the ‘Ranking and Resolver’ and it will show like so, [image] Additionally, from the last screenshot shared, we can see that training is not completely done. [image] …