I need to go back to a previous node

Hi I’m new to this, for example I have a list a, b, c, d. the user selects b and is shown a content … after that he is asked Do you want to choose another option from the list? … If the user clicks on “Yes” it will show him the list again a, b, c, d .

How can I do this, in connections I put the name of the node, but it does not return to the list of options … Thanks in advance for your help I attach screenshots of the configuration. 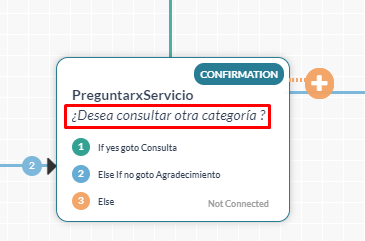 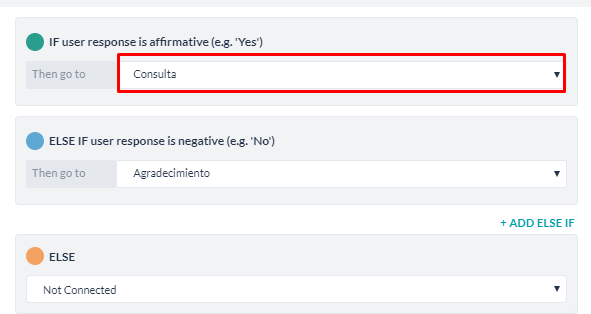 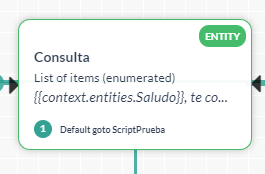 When you navigate back to the entity node after the confirmation node, the entity node will still be persisting the previously entered value.
As the value is already present, the bot will capture the entity value internally and proceed to the next node instead of prompting the user to enter the value.

Hence, you are observing this behaviour of the bot not returning to the List of options entity node even though user clicks on “Yes”.

To get the scenario working, we suggest you to follow the below steps:

Please implement and let us know if you face any further issues.

It works now with what you indicated…

Thank you so much…