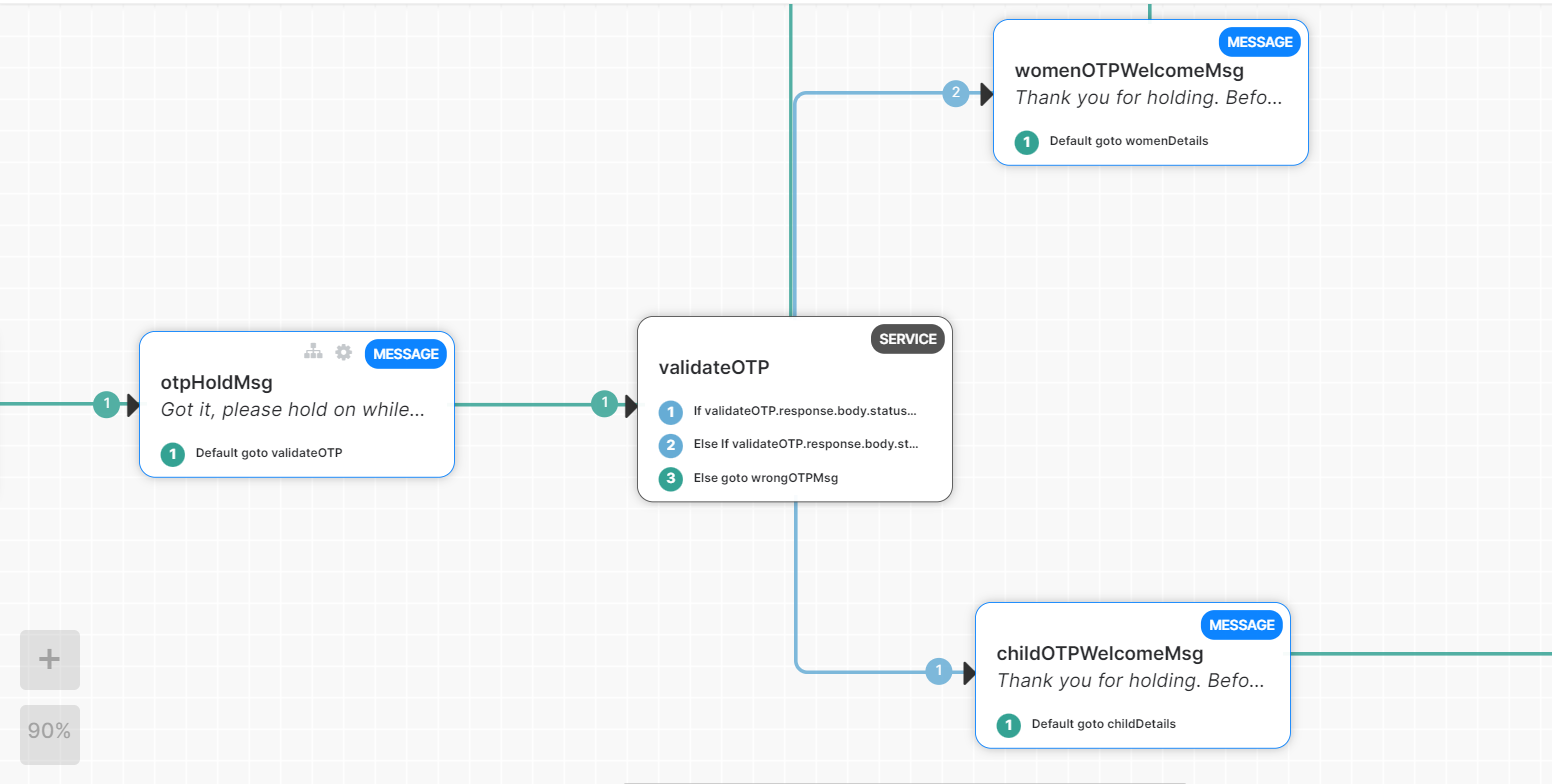 When I test the scenario in a development environment, the first message node comes first and after that, it hits the service node(take 1sec) and gives the second message node.

But when it comes to production(Integrated with webhook). When the Service node presents in between the two message nodes. The bot is not sending the first message node, instead, it hits the service node and sends all message nodes at once. Due to this user is experiencing some delay during this flow.

It should work like a dev enviroinment. Kindly Fix this ASAP. or Give us any workaround to solve this issue. It leaves a bad impression on our customers, Thanks.

One option could be to set a certail time delay between the first message node and service node. Please check out the concept:

Hi @mkern , For demonstrating the same as mentioned in my earlier comments, I have build a dialog with 2 message nodes in it with a service node between them. This service node is inducing a 3 sec delay between the responses. Please refer to the below screenshots for your reference. [image] [image]

Ability to introduce delays if bot has many messages to send to customer? How To's

The way it is done is to call a web-service which responds in x seconds. You can chain these service calls after or before message nodes. Comment down if more information needs to be followed on this post.