Dialog export being deprecated - How to work-around it now?

With v 7.2, many of you have already seen some message on platform that dialog export import is being deprecated.

This should not cause any issue in collaboration. Rather this is to make things more stable and have more referential integrity checked and dependencies taken care of during export/ import.

Please use the method of bot-export with selected tasks (And not dialog export) and full/partial import in target bot. This will consider more integrity checks while exporting and importing.

Let us take the following example:
Source bot has 3 tasks published out of which you want to export one.

Export
Select the options as in the image in Bot-Export section. Click on (All-Tasks) to open task list to select from: 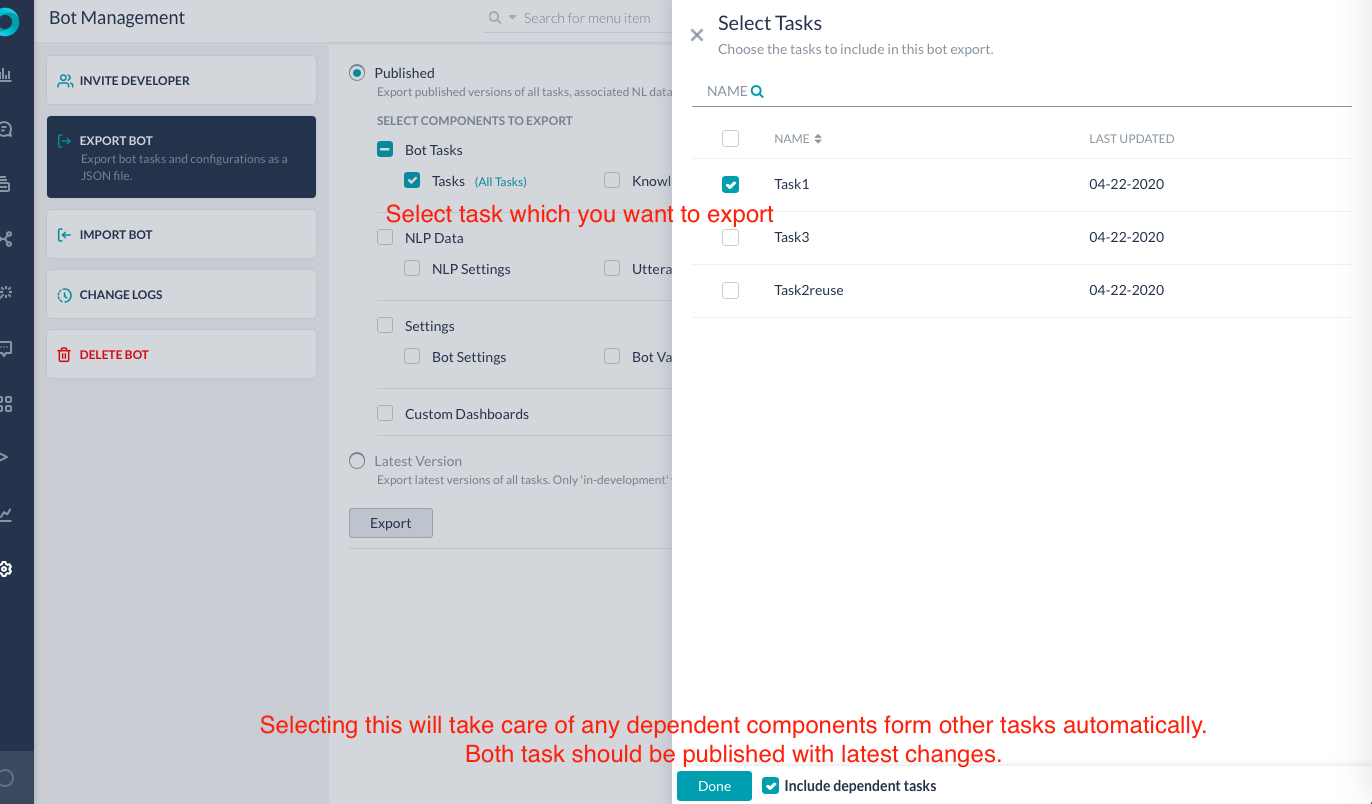 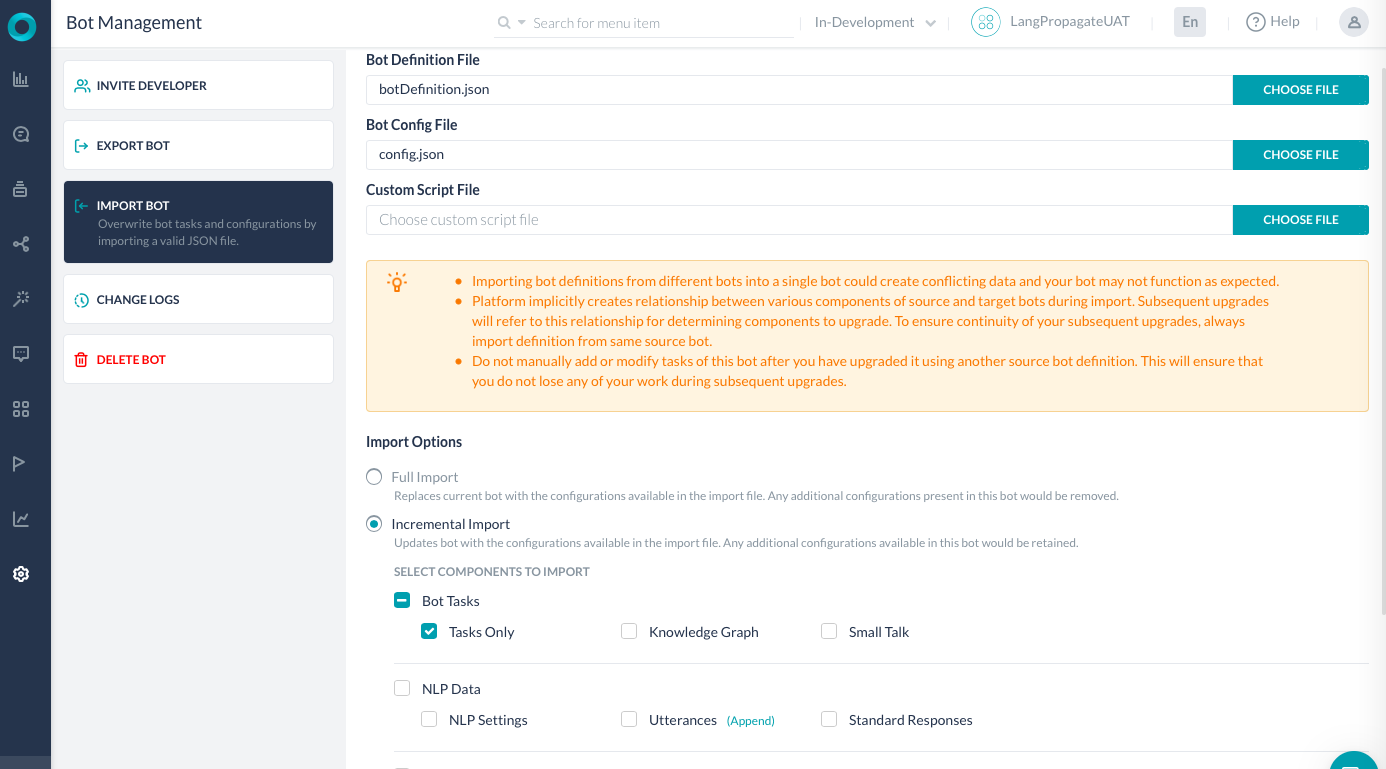 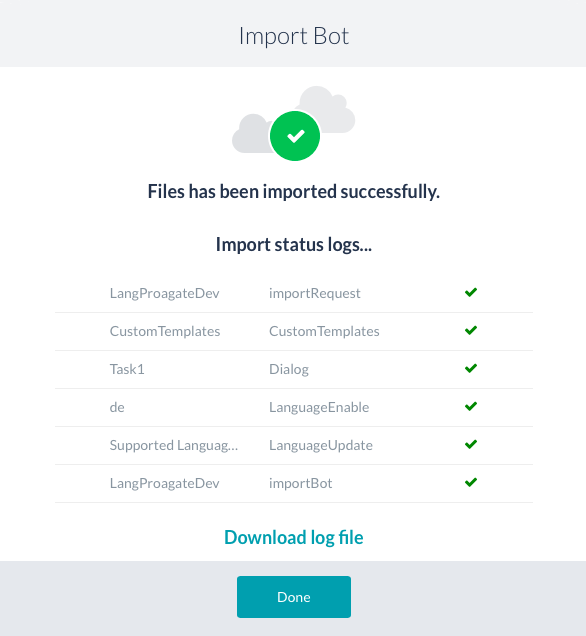 There can be cases that in dev or lower environment bot multiple languages are enabled (More than what is enabled on target bot - say UAT/ Prod.

The above method of bot-export with selected tasks, will cause propagation of new language to target bot . The reason is when you enable a language, independent language equivalents of the task is created. That cannot be just stripped off to avoid any data inconsistency . When we import on target bot using the method stated above, the platform takes care of the “dependency” of a language and enables the language. This is always better than having only the “dialog” imported. BTW: If you export and import single task also it will import all language equivalents intenally (You may check bot-definition JSON). It will just not enable language globally for the bot. But there will be stray references of missing or no enablement of language in target bot.

In target bot where new language just got enabled, you will see these:

In next screen for publish, you get further warning and notification:

Even you are not ready with translations of new language, please take your own sweet time and whenever ready just select the language equivalents and then publish.

Note - Once you publish a language copy of a task you cannot un-publish it and every time you publish you will not be given an option to de-select any language.

Hope this is clear. Feel free to post your questions if any.