When an issue is encountered, first we will need to identify the scope of the issue. Some of the questions we need to answer are:

Checking if an issue is bot-specific

There can be some cases where you see an issue with your bot. As a part of troubleshooting, It will be important to identify if an issue is bot-specific or not. Here is some guidance on how to achieve the same.

Checking whether an issue is an environment-specific one

As a part of troubleshooting, sometimes it is important to determine if an issue is observed across multiple environments. So, essentially, since Kore.ai infra/support may not have access to your infrastructure/servers/bot builder instance, you may be required to check if an issue is replicating over multiple environments - Dev, QA, UAT, Prod, etc.

Checking whether an issue is a role-specific issue

While troubleshooting an issue, it is possible that some issues are observed for specific users who are assigned a particular role.

The below guidance is for how to check any issue which is suspected to be a role-specific issue. 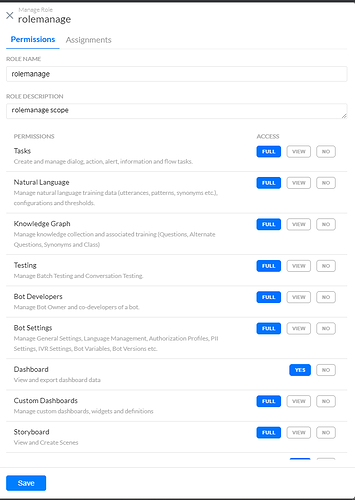 Note - A role can also be assigned to a user from the Users Management > ‘Users’ module under the admin console. 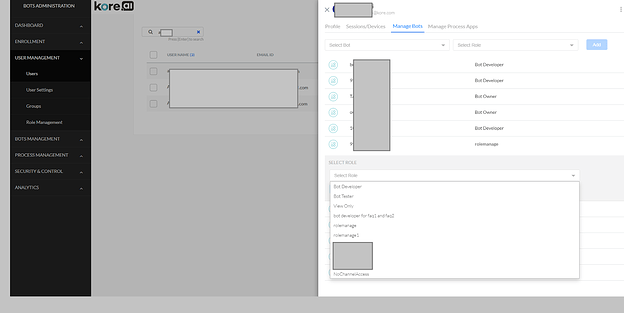 Note that these are some general practices that can be followed. It are neither mandatory nor the only way of troubleshooting.