Trying to delete nodes but I receive this message:

We are not able to replicate the issue at our end.
Kindly share your bot export zip through our support portal.

You will be able to access the support portal from https://developer.kore.ai/

Hello
I was not able to delete the nodes inside the task.
I deleted the task and recreated. All working fine now.

Thank you for the update.
In case, if you face this issue again, please send us the bot export zip through support portal.

Hello @yogaramya.mendu
May I re-open this question? In my case, I am not able to delete/create any node within the task due to this same error: 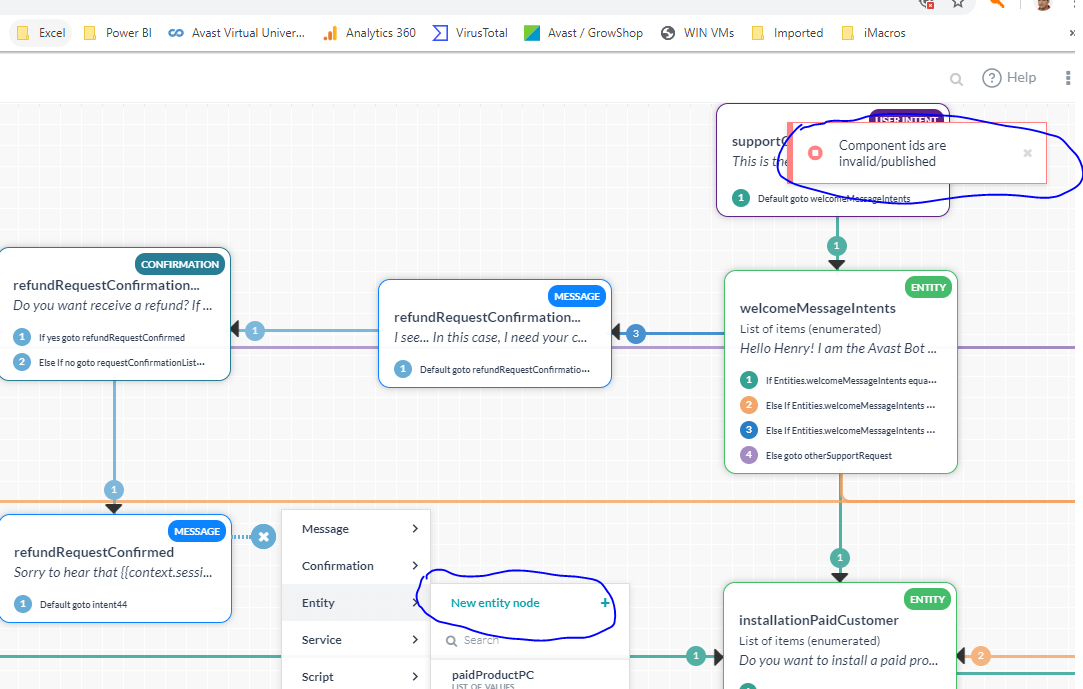 Then, if I go to the Dialog Tasks -> Manage Components, the entity that I just tried to create is there:

In my case, I cannot delete the task because I have one main task which manages all nodes…
Already tried to export the task and import it again and, unfortunately, did not work.

Is there any workaround to solve this?
Thank you in advance.

We suspect that this error occurs due to export and import of a task in the same bot where the taskId’s and component Id’s gets duplicated.

Kindly let us know if the issue is still persisting even after implementing the above.

Thank you for replying!

I have followed the steps provided and unfortunately did not work.

Importing task in a mew Bot:

I have got the message when trying to import the task to a new bot: 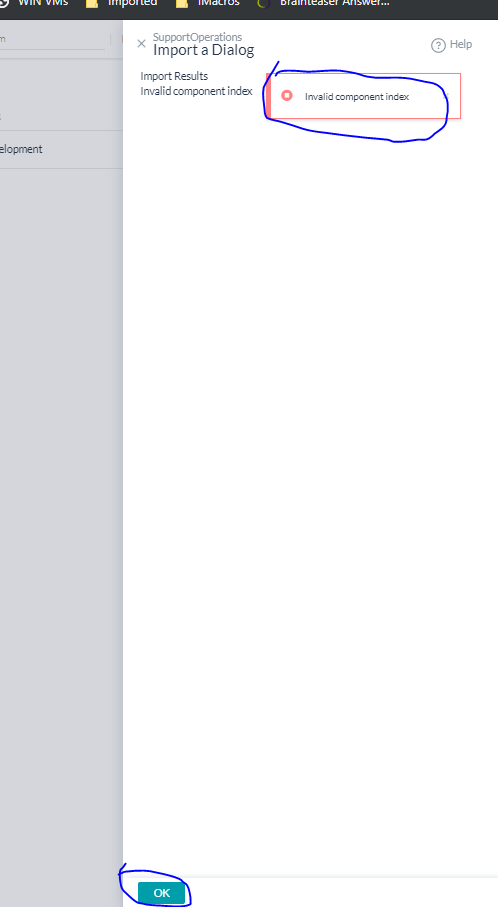 I have tried also:

If I export the Bot and import it as a new one, it says that was imported successfully: 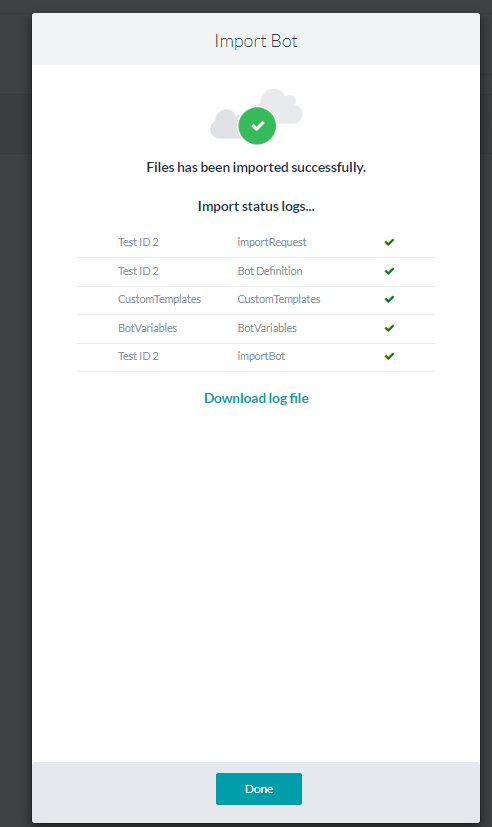 However, no tasks were imported:

Thanks for any help, however, I have already started to re-build the flow

Hello @henry.correia, would you please create a ticket with support@kore.com describing the issue. We will try to get on a call early next week and try to resolve it for you.

Was there any resolution given on this ? I am also facing issue. I tried all steps.

Created new bot and imported. Even copied the task. Issue exists in both tasks.

Vijay, please create a support ticket with kore support. Please go to https://support.kore.ai/ and use your bot-builder credentials of https://bots.kore.ai/botbuilder to sign in.

Also please avoid exporting and importing tasks. This is deprecated.